This Chinese-Style Dress Is More Than Just A '90s Trend

Ever heard of a cheongsam?

You probably have a cheongsam (or qipao, in Mandarin Chinese) etched somewhere into your sartorial subconscious. The style is a form-fitting brocade dress with a mandarin collar and asymmetrical cut. Who could forget Kate Moss in her black, lotus-petal embroidered qipao, Lindsay Lohan's adorable pastel-silk number in The Parent Trap or even Jennifer Aniston looking stylishly aghast in her ankle-length, slit-up-the-calf cheongsam in F.R.I.E.N.D.S. All of these references might seem peak '90s, but the history of the cheongsam reaches a few decades further.
With the late-'90s, early-'00s aesthetic in full swing, it’s easy to pick up one of these “vintage-inspired mini-dresses” from ASOS and call it a day. But just like wearing Dior while being completely unaware of the designer’s radical New Look, the experience would remain somewhat lacking. So let’s take it back briefly to "the Paris of the East,” Shanghai circa 1920.
Long before the Victoria Secret Angels were jet setting to the city for their annual runway extravaganza, Shanghai was already an influential international metropolis and China’s cultural center, reputed for its exquisite, modern fashions worn by celebrities and mere mortals alike. The modern qipao – the sartorial embodiment of Shanghainese glamour – emerged during a period of social reform, which resulted (among other changes) in women finally being able to access higher education. A more streamlined and fitted version of an imperial-era Manchu gown, this new style reflected the liberation of women from confining Confucian norms and was even a visual indicator of increased gender equality. The cheongsam also gets its inspiration from the changshan, a one-piece tunic that was previously reserved for upper-class men.

1) Image: Rokit.co.uk 2) Image: Sohu.com
So how did the cheongsam make its way from China’s imperial court to the closets of Hollywood royalty? Experts credit high-profile women like Asian-American starlet Anna May Wong and transcontinental fashion icon Madame Wellington Koo for piquing public interest for the style in the West, as well as wardrobe styling in films like Wong Kar Wai’s atmospheric In The Mood For Love. More recently, designers such as Vivienne Tam and Guo Pei (who dressed Rihanna in her iconic yellow gown for the 2015 Met Gala) have been noted for both showcasing and reinventing the classic Chinese style.
After all, it’s been more than 90 years since the qipao came into vogue – that’s nearly a century of soaking up cosmopolitan influences and evolving from its Old Shanghai origins. Contrary to what we would expect of “traditional attire,” its innate elegance and allure has always remained of-the-moment: from the tapered A-line waist and bust darts introduced in the '50s, to the shortening of the hemline during the mini skirt-obsessed '70s, it's a style that has often been subtly altered to suit the times. In recent years, designers like Chanel, Louis Vuitton and Jason Wu have reworked the silk (or switched it out for jacquard, velvet and even leather), created fierce cheongsams with statement shoulders and cut-outs and even enhanced the dress’ curve-hugging silhouette. According to Vivienne Tam, as long as one of the elements is present (for her, it’s the asymmetrical button closure), it’s still a qipao.
So how does one go about styling a cheongsam for 2017? Simple: by pairing it with modern accessories, or choosing a less traditional, more experimental cut. Try adding a pair of cool-girl shades, a street-style approved mini-bag and a pair of late-summer mules or a pointy kitten heel for a look that’s elegant without being OTT (read: it’ll increase your chances of being spotted by The Sartorialist). Or go for a qipao that’s a bit out-of-the-ordinary. Experiment with different cuts or with a funky – or, conversely, minimalist – pattern. Of course, if you’re a die-hard traditionalist, we can only point you to actress Maggie Cheung’s stunning collection of 21 different cheongsams in In The Mood For Love for inspo. Forget Kate Moss or the Olsen Twins – Maggie is the ultimate #qipaogoals.
Ready to dress to impress at your next event (or random Wednesday at the office)? Shop our selection of gorgeous and flattering cheongsam dresses to that you can rock confidently to every occasion: 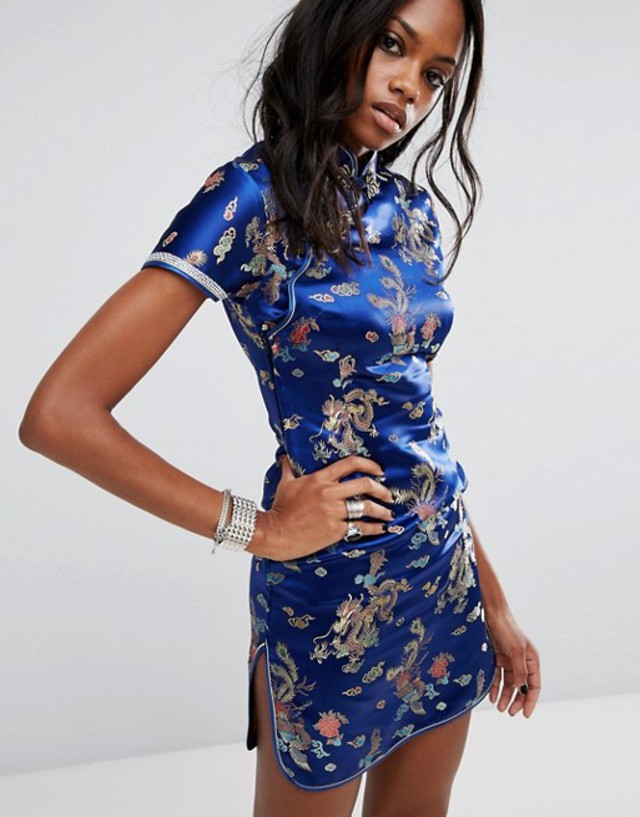 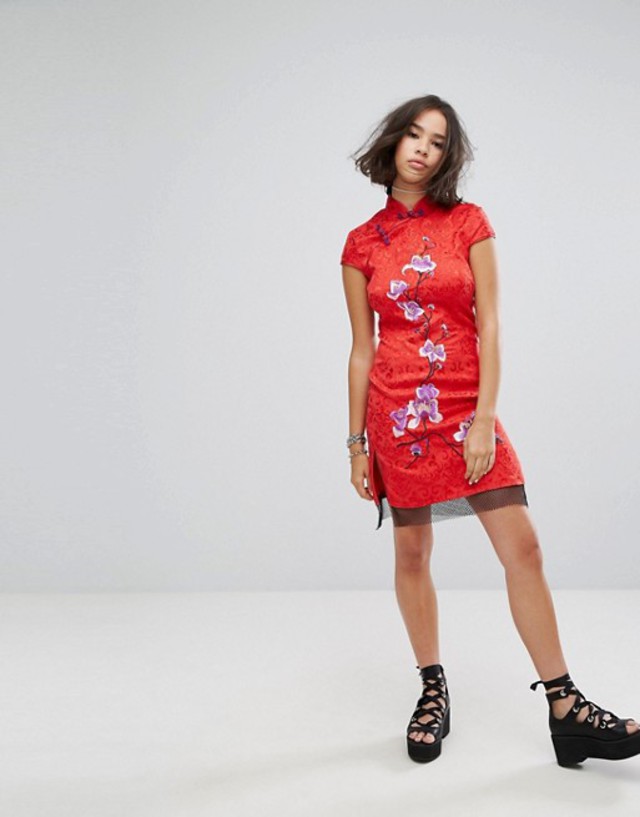 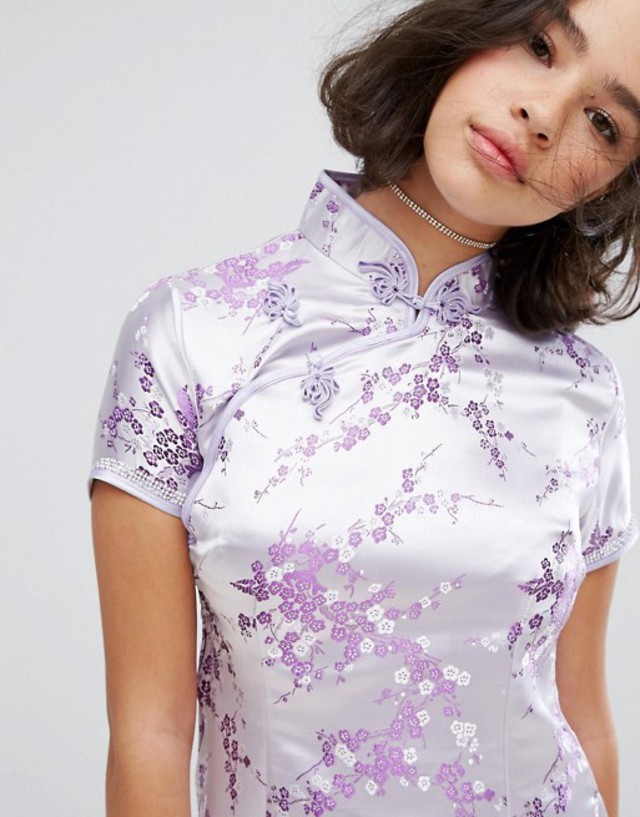 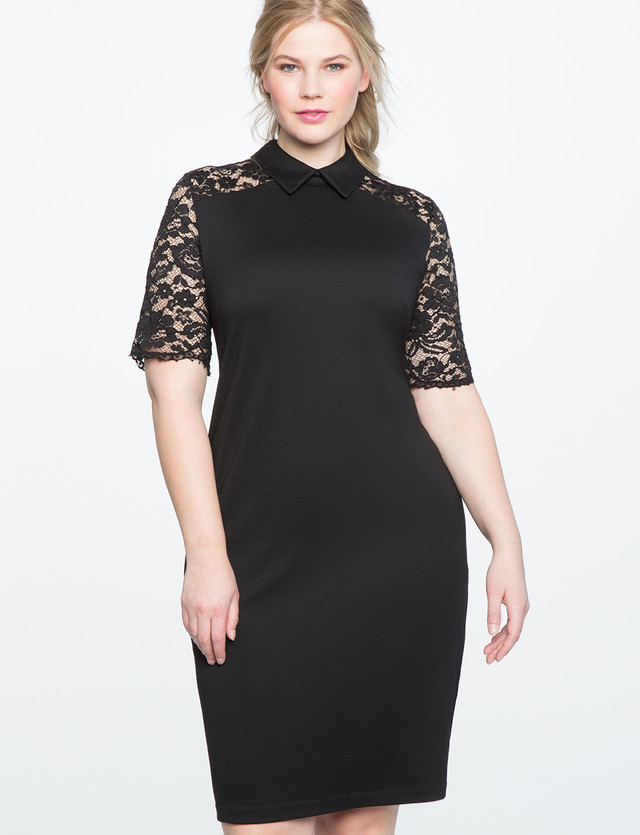 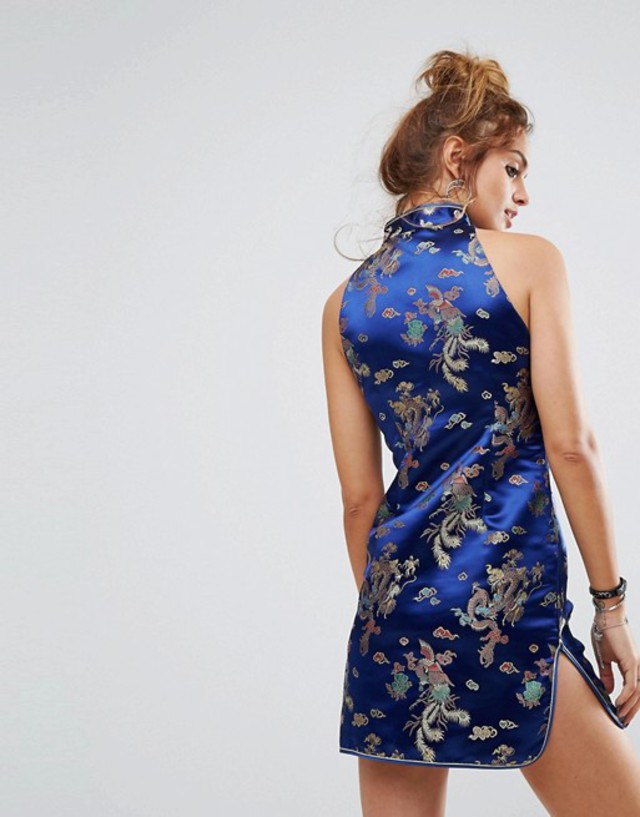 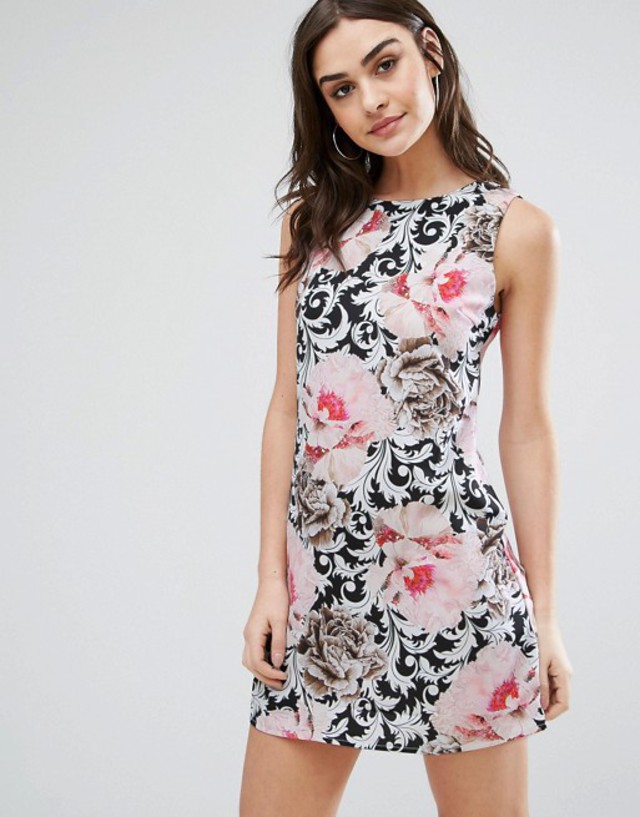 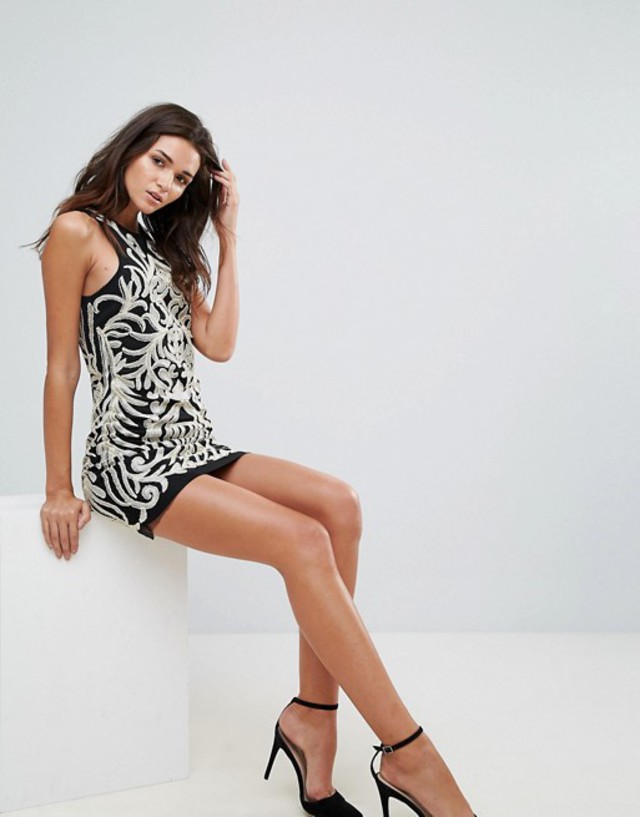 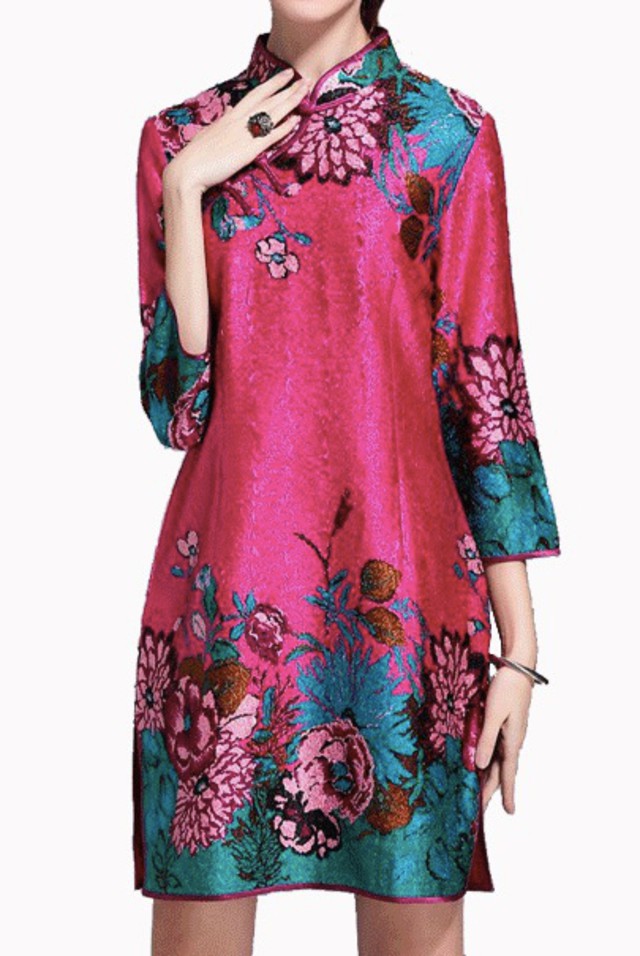 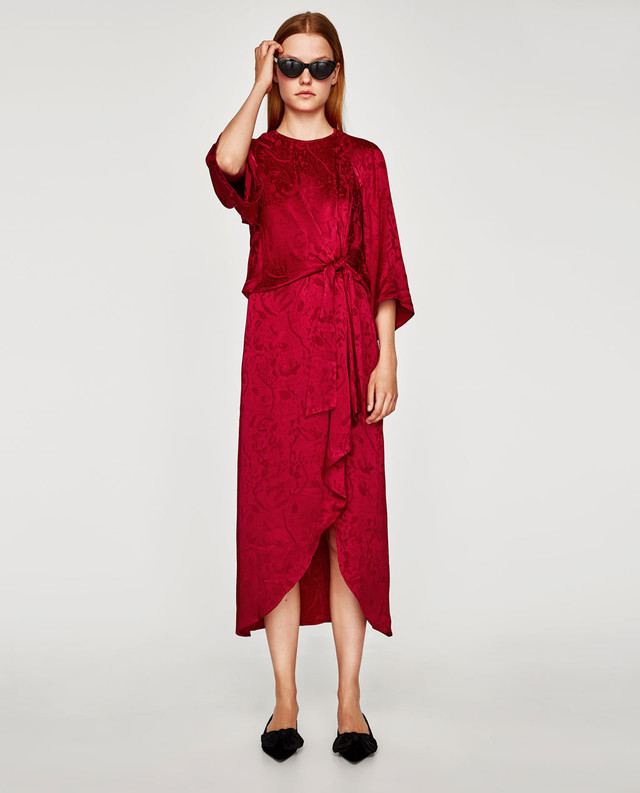 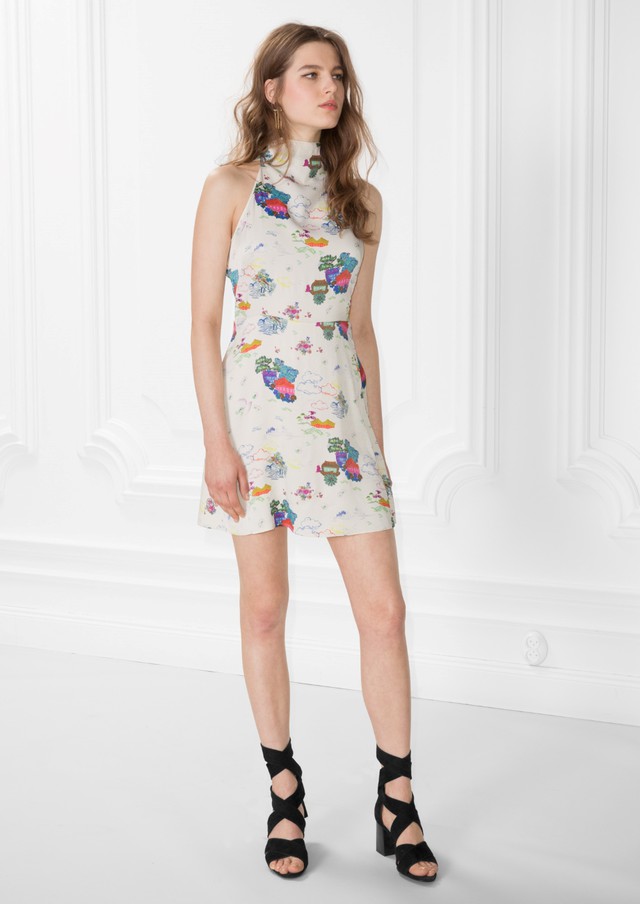 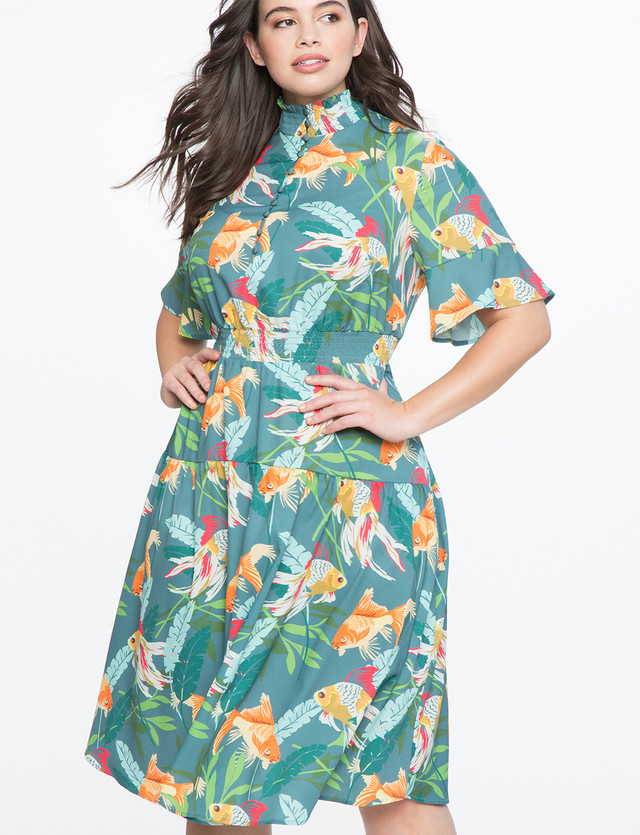 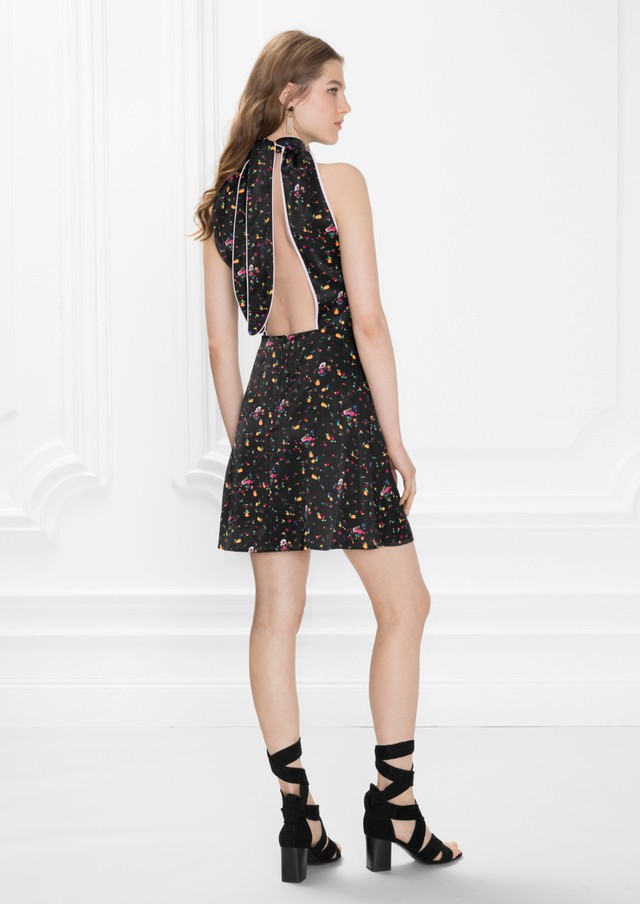 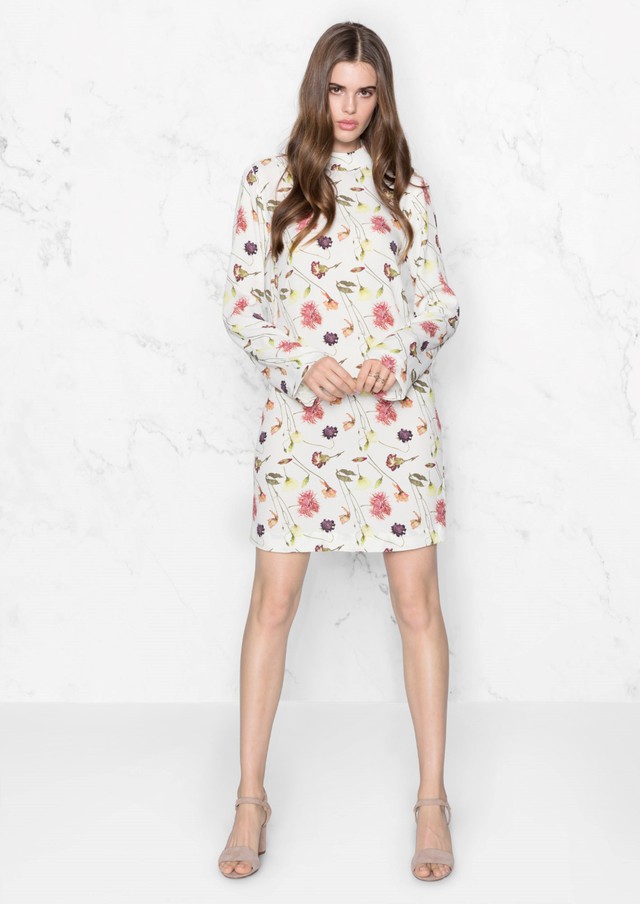 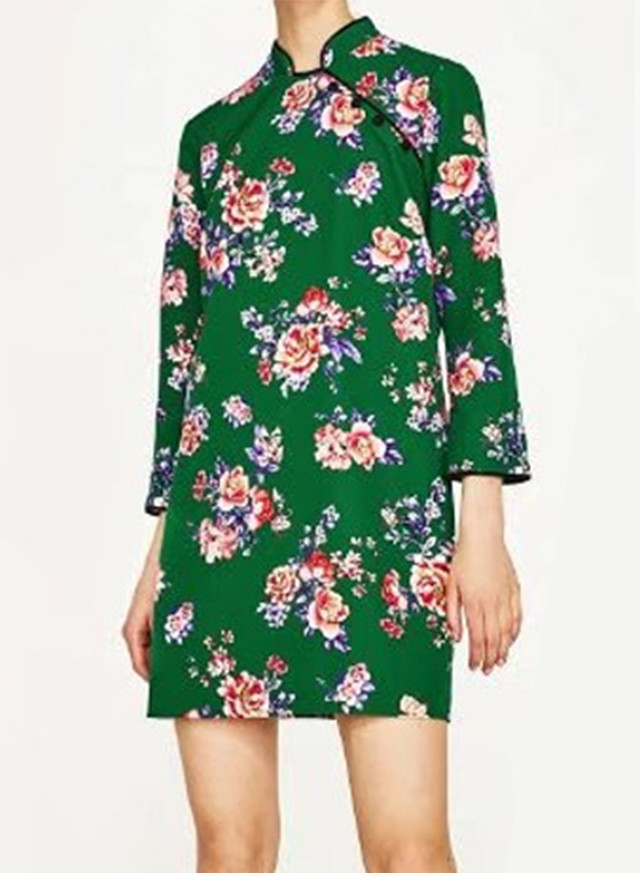 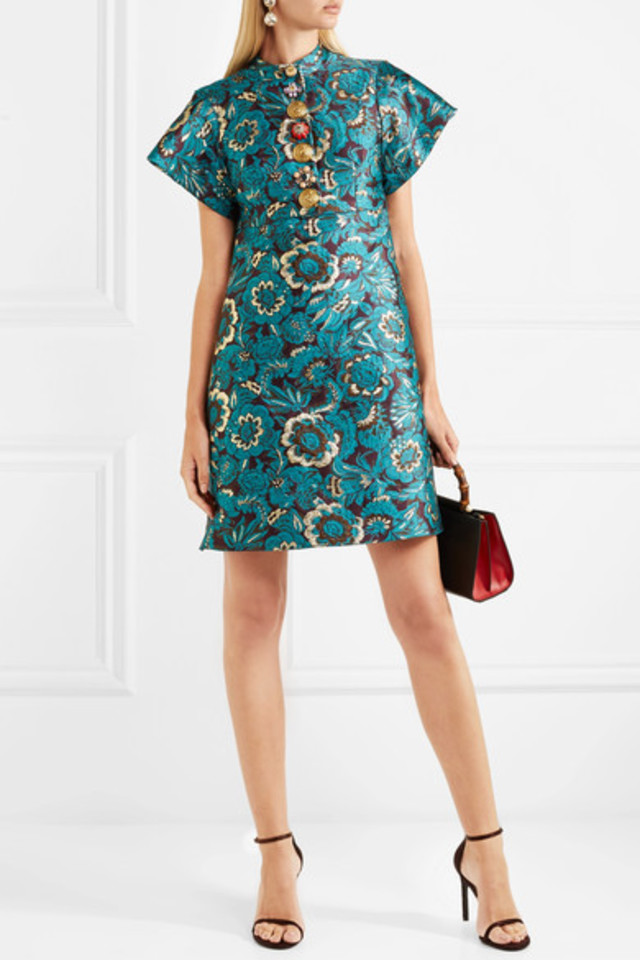 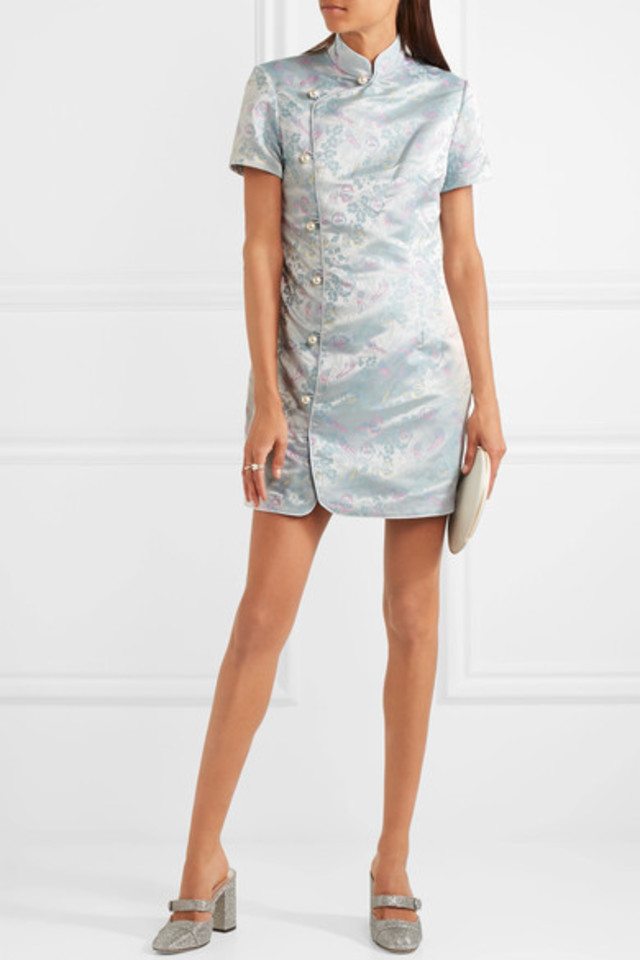 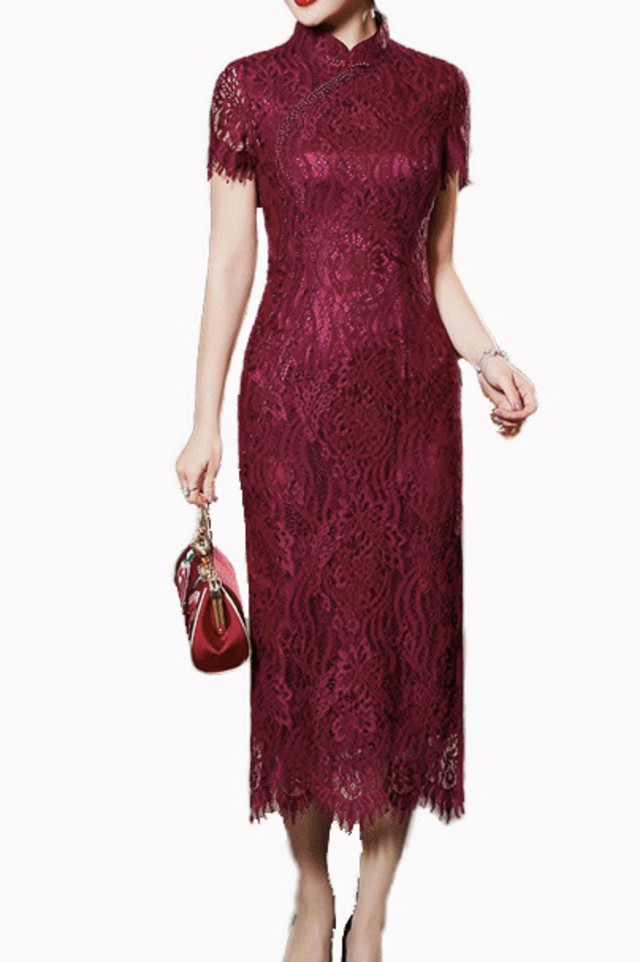 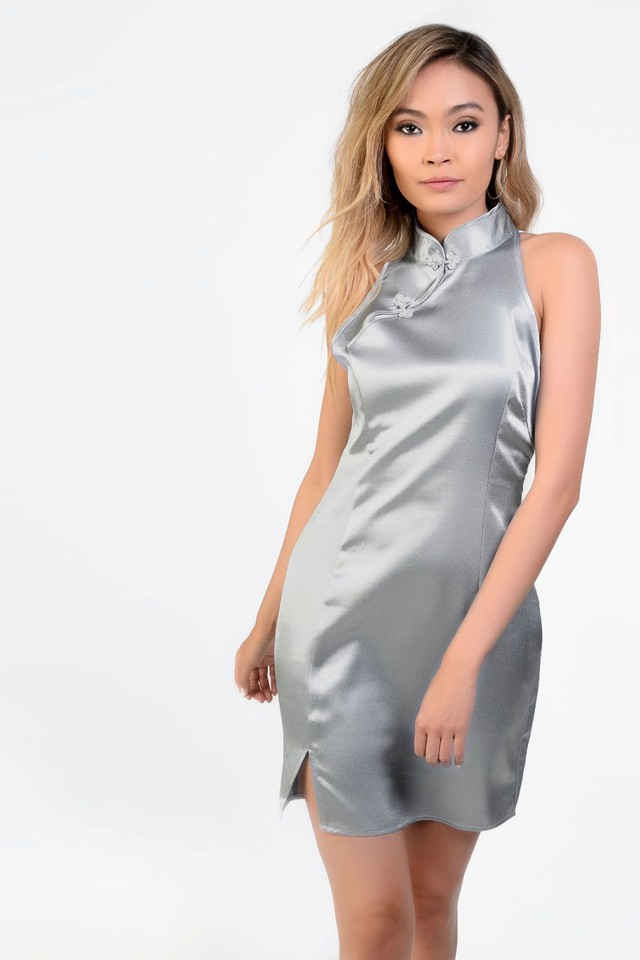 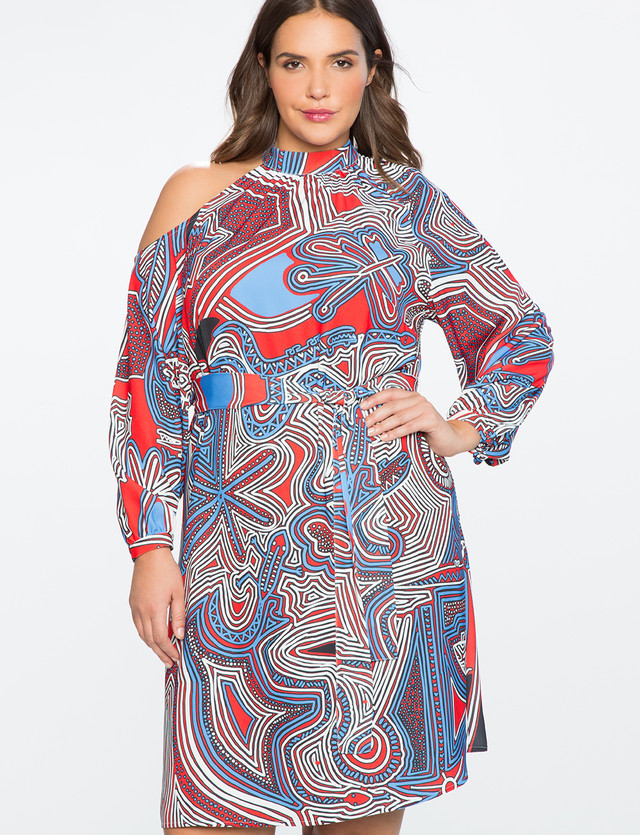 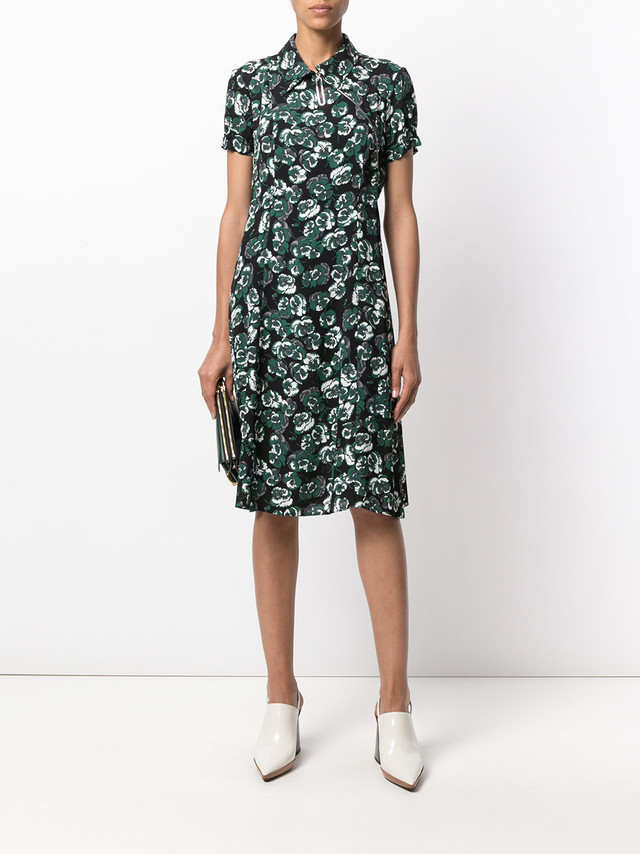 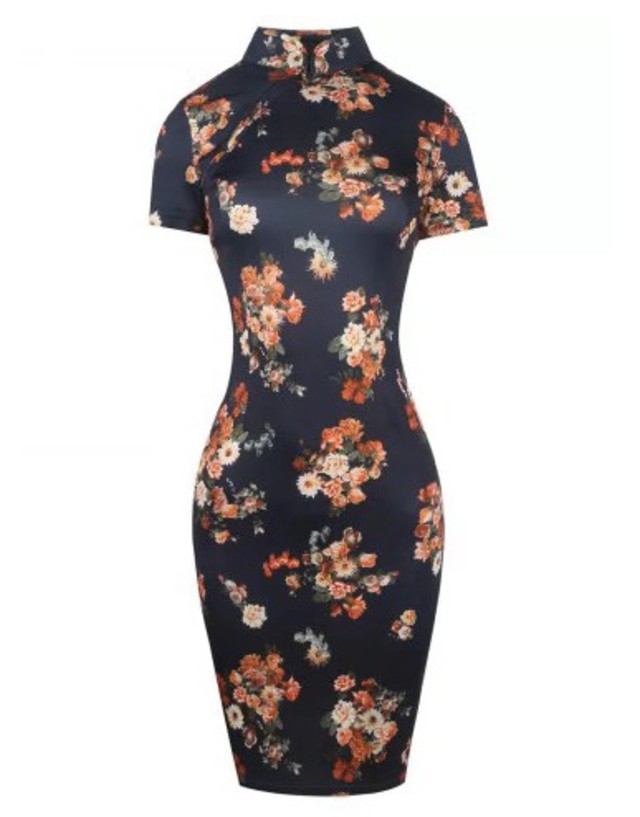 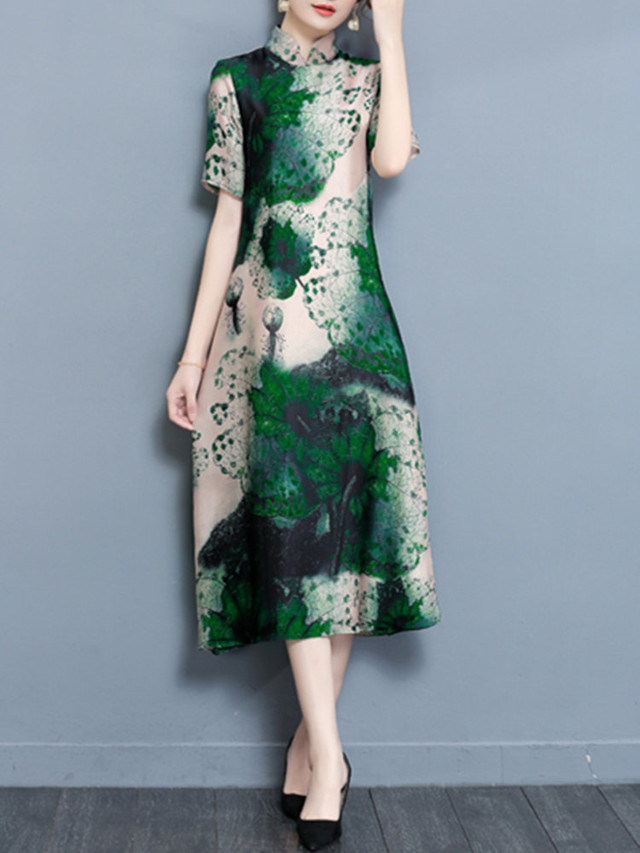 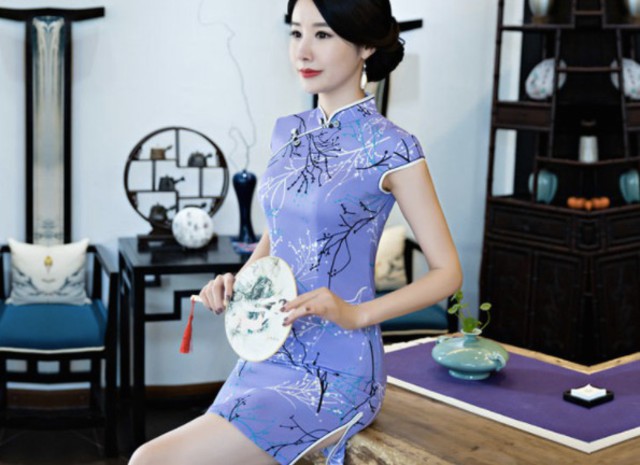 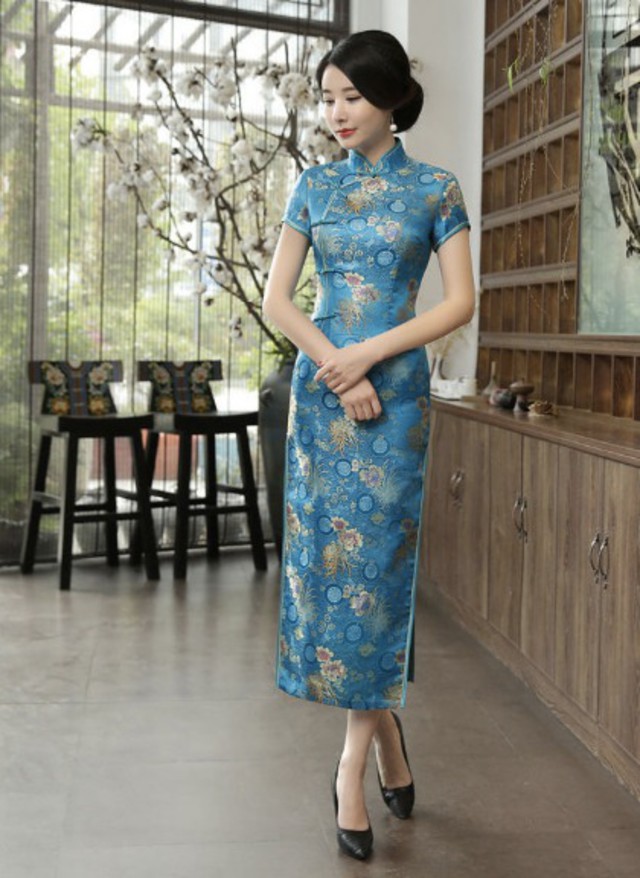 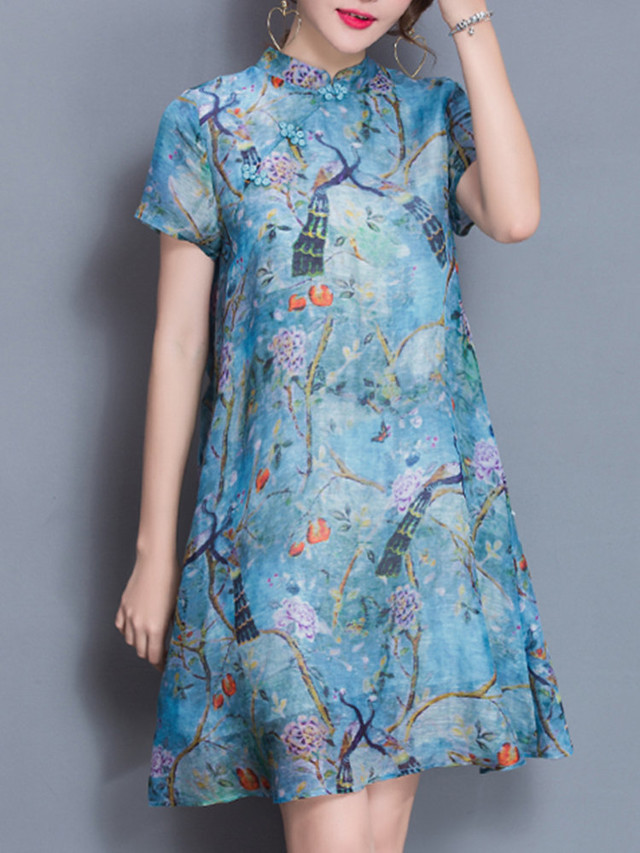 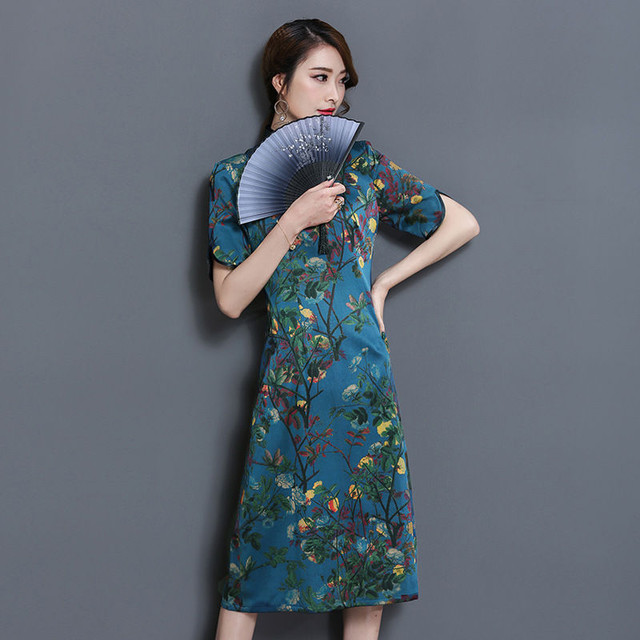 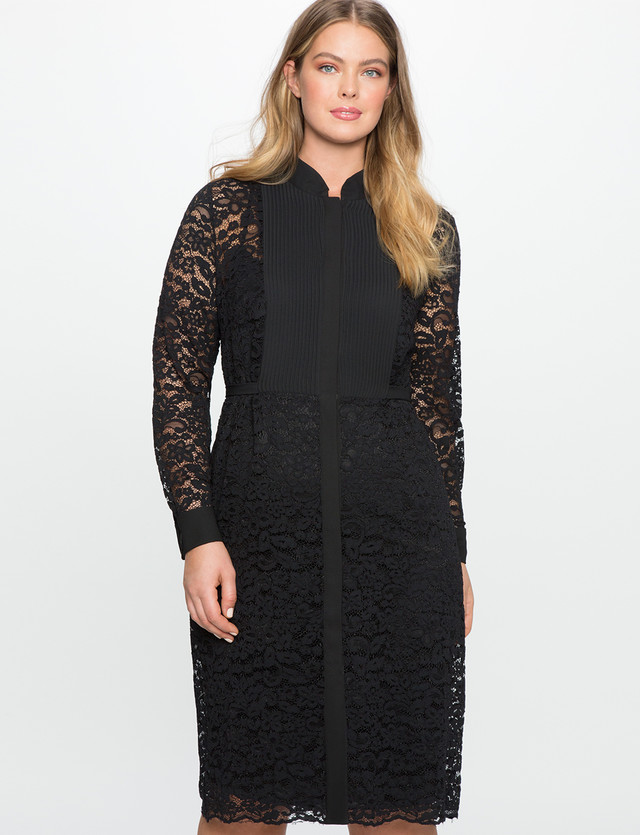