Marlène Le Cidre has the answers.

You might be surprised to learn that when meeting Marlène Le Cidre for the first time, you aren't drawn to her body art so much as to her overall presence: her piercing blue eyes, steady gaze, the assurance and intensity with which she engages in conversation. Unlike many French professionals, she immediately insists that we use the informal address (tu instead of vous), explaining to me that when she's working with her clients, “we establish a connection that is very personal and intimate."

Marlène is a prominent tattoo artist of both local and internet fame. We met up in the vibrant (in more ways than one – the graffiti-emblazoned bridges and colorful boutiques have earned this neighborhood some serious Insta cred) area surrounding the Canal Saint Martin to discuss all things ink and, in particular, how to avoid regretting getting it.

Marlène's foray into the tattoo world is the kind of serendipitous (yet tenacious) journey that often distinguishes artists of her ilk. Everything started in the early millennium when she was living in Montreal, working as a cook and exposing her paintings in contemporary art galleries on the side. “There was a tattoo artist who frequented the restaurant [where I worked]. At the time, I had just one arm that was tattooed, and she saw me as it was an open kitchen. We got on well, after a while she tattooed me, she saw the type of drawings and paintings I did, and it was then that she told me I [should have nothing to do with] the kitchen and that she could help me integrate [into her] profession because she saw that I had a passion for it.”
An opportunity presented itself shortly afterward: a friend of a friend was opening a tattoo salon in Paris. Marlène flew over to meet her and, if the meeting went well, she told herself, she’d leave everything in Canada to start over and take on a tattoo apprenticeship. She moved to Paris in 2013 (she’s originally from Saumur, a city in the west of France), and began her apprenticeship at Blackbird Salon. She knew attempting a career change at 33 was risky: “you ask yourself, what if I’m making a mistake, am I really going to be good at this?” But Marlène has never been one to turn down a challenge. After three years of intensive tattooing and a few transitions in between different salons, she opened up her current boutique near the WTG offices in the 11th arrondissement in January 2017.

Looking at her work, you wouldn’t believe that she’s only four years into her profession. You won’t see any I-got-this-in-Bali-style cliches here: her unique style is a mixture of pristine illustrations, refined geometry and minute dot work that can be categorized under the “graphic tattoo” movement. It has a stunning precision and life-like energy of its own. Yet, for Marlène, the aesthetics only scratch the surface of the entire process of self-expression and redefinition we embark upon when we choose to get tattooed. “I’m more concerned with the psychology of tattoos and tattoo education than just simply tattooing someone,” she explained to me, moments after we first sat down. I asked her to guide me through it, to act like I was a tattoo hopeful coming in for a consultation for my first ever design. She leaned forward, her tone thoughtful.
“When we talk about tattoos, we’re talking about something that’s for life – we’re dealing with the permanent.” She gave me some real food for thought: questions we might ask ourselves about our motivations for getting inked. It’s for this reason, Marlène revealed, that “there are a lot of people I don’t tattoo [after meeting with them] because I don’t feel that they’re ready.” But what does it mean to be ready for a tattoo? Sometimes it’s a matter of age – she's unlikely to ink anyone under 21, as she’s noticed that many designs, when done too young, are covered up a few years later – or the strength of the project – some of the requests she receives aren’t well thought-out, and she gets the feeling that it would be a mistake to go through with it. But it's also about what we expect a tattoo to bring us, whether it be social validation, healing or a new way of existing in the world. For Marlène, this is where we need to proceed carefully: a tattoo may be a reflection of yourself, but it shouldn't determine who you are.
Marlène's perspective may come across as overly cautious, but it’s a reflection of the deep meaning and significance she ascribes to her craft. After all, it’s her job to help people navigate the social and emotional implications of getting something permanently etched on their body, nuances they’re often unable to anticipate if they’re rushing into the nearest artist’s chair. "Tattooing is particular, because people come to you for something that will stay [with them] for the rest of their lives. You enter into their lives and I also bring them into my own.” For Marlène, it’s sometimes better to say no before saying yes, if it means that the final result will be something they're both happy to allow to grow and age with the person on the receiving end. “So,” I asked, the accusations of a million mothers swirling in my head, “how do we make sure we don’t regret our tattoos?”

Marlène emphasized the importance of all the preparation that needs to occur before a needle comes anywhere near your skin. “First, do your research: go on the internet and look at what’s being done. Elaborate a project that really has a story behind it – because I find that that’s when people are less likely to regret.” Then, she stressed the importance of going to multiple salons to meet with different tattoo artists: “you need to see what kind of feeling you have with the artist, and get multiple people’s feedback on whether your project is doable or not. It also helps you think about it and really validate what you’re going to do.” If it’s the first tattoo, she recommends getting a small one in a hidden spot to give yourself time to get used to it. “You aren’t necessarily ready for people to see [it], to enter into your space and ask you why you did this.” On a more optimistic note, she adds that the first tattoo is often the gateway to other tattoos. “So we might tell you to save this beautiful space,” she points to my hand, “for a future, more elaborate project.”
And the most important factor of them all? Trusting your tattoo artist. It's important to meet them and make sure there's a good feeling between the two of you "because this is going to make you feel comfortable and help you validate for yourself that you want to have this tattoo done [...] You’re going to have this on your skin for the rest of your life, and you’re going to remember the tattoo artist who did it for the rest of your life.” Every tattoo artist has an artistic process, and Marlène’s is all about that spark, that connection between her and the person in her chair. “The day of the tattoo, something rather incredible happens with me – there’s some music, maybe even a film if the tattoo will take longer, and we’ll talk during the 2, 3, 4, 5, 6, 7 hours of tattooing [...] Everything is about encounter. I need to feel something with the person. There are lots of tattoo artists who tell me that they don’t care – they’re just there to tattoo. But I need more, I need that human connection. Tattoo[ing] for tattoo[ing]’s sake doesn’t interest me, which [means] that I have a particular bond with every person I tattoo.”

It’s been two hours of intense conversation, and I feel electrified. As our discussion about the intricacies of getting inked ebbed, I asked her about the projects that lay in her future. An incredibly ambitious and multi-talented artist, she told me about her goal of starting a line of temporary tattoos (“people can have a little tattoo for a few days, and this could help them [avoid] mistakes!”) and how she’s working on different visual projects, including accessories, phone cases with drawings of her two cats, Abby and Madeleine, and even a clothing line.
But as we down the last of our coffee, her thoughts shift back to her artistic mediums of preference. “I have a background in classical piano,” she told me, it's a hobby that, unlike tattoos, we share. “When I’m playing piano, nothing exists anymore, I’m just in my world. It’s very structured and rigorous, and I love this rigor, because my life is built on it. It’s what makes you go towards what’s exceptional. Tomorrow,” she mused, sounding dreamier than she had during our entire conversation, “I may take up piano again... there’s a chance.” If Marlène does decide to trade in her tattoo chair for a piano stool, she could very well become a modern-day Clara Schumann – with distinctly more tattoos.


Shop our curated selection inspired by Marlène's favorite pieces, as well as some temporary tattoos to try out before you go for the real thing: 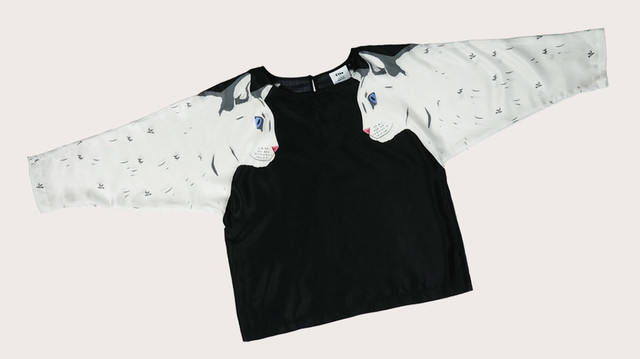 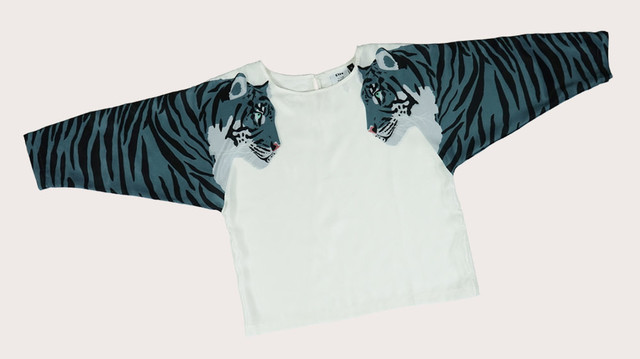 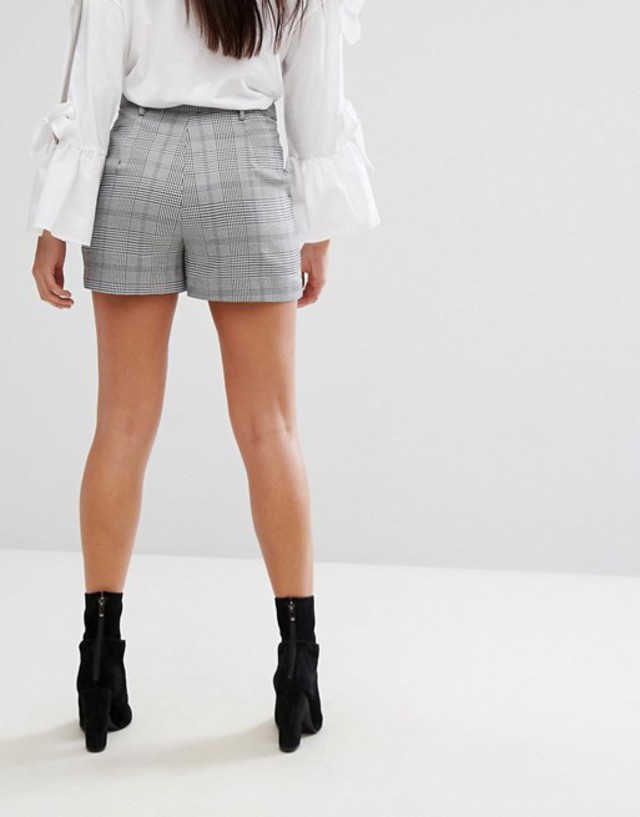 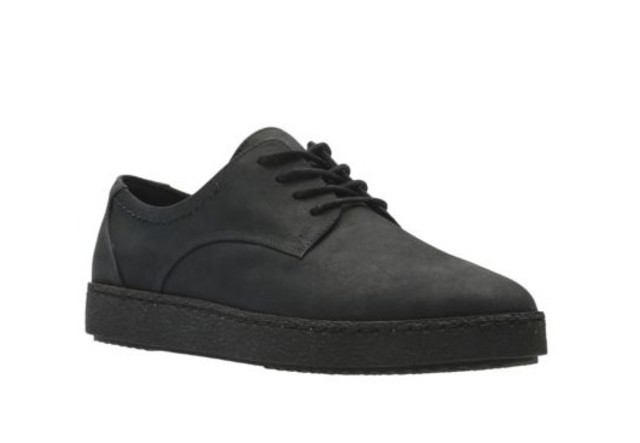 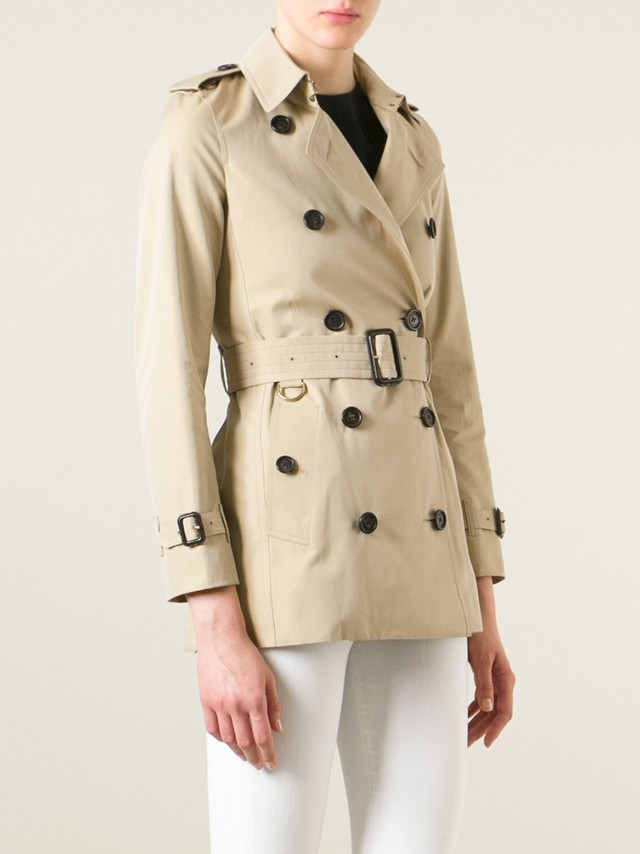 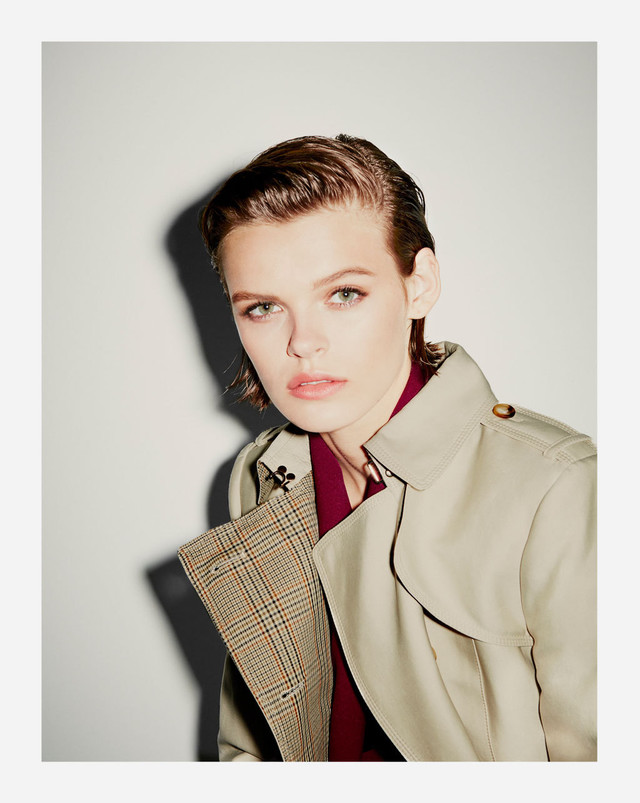 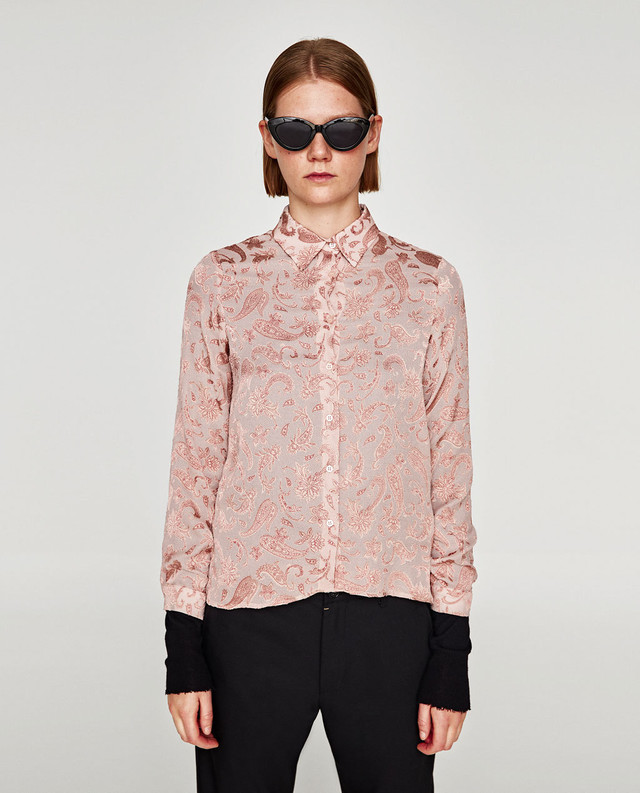 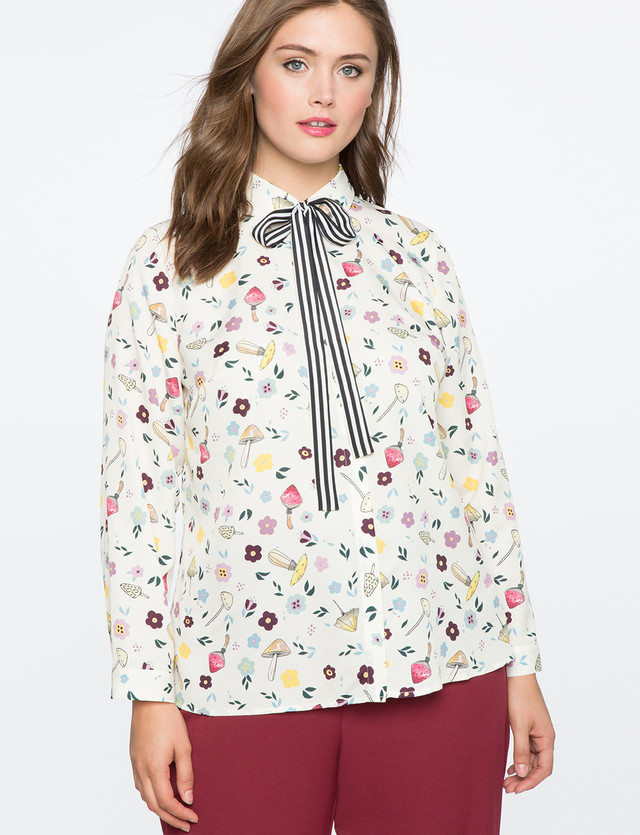 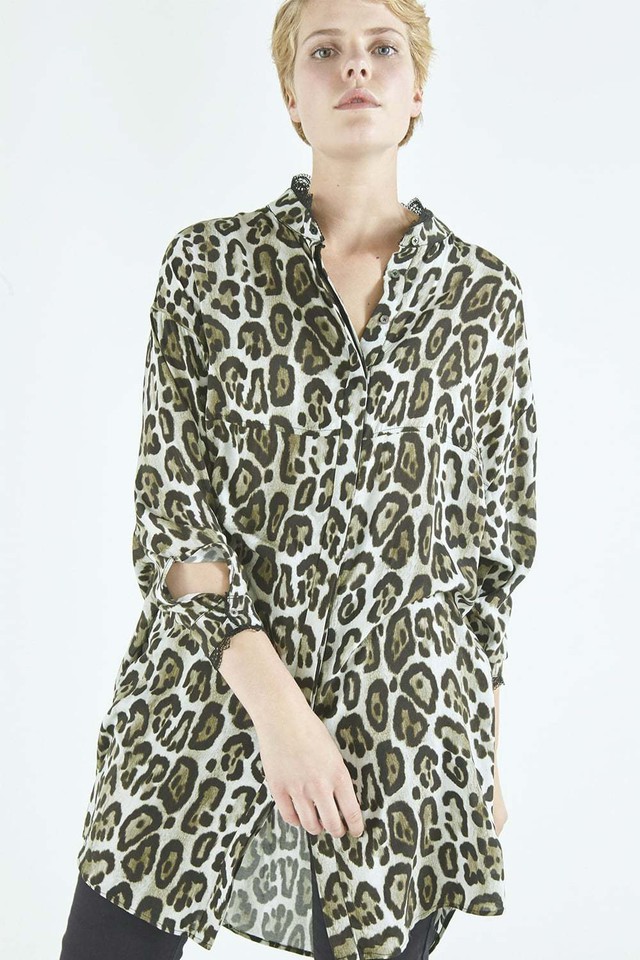 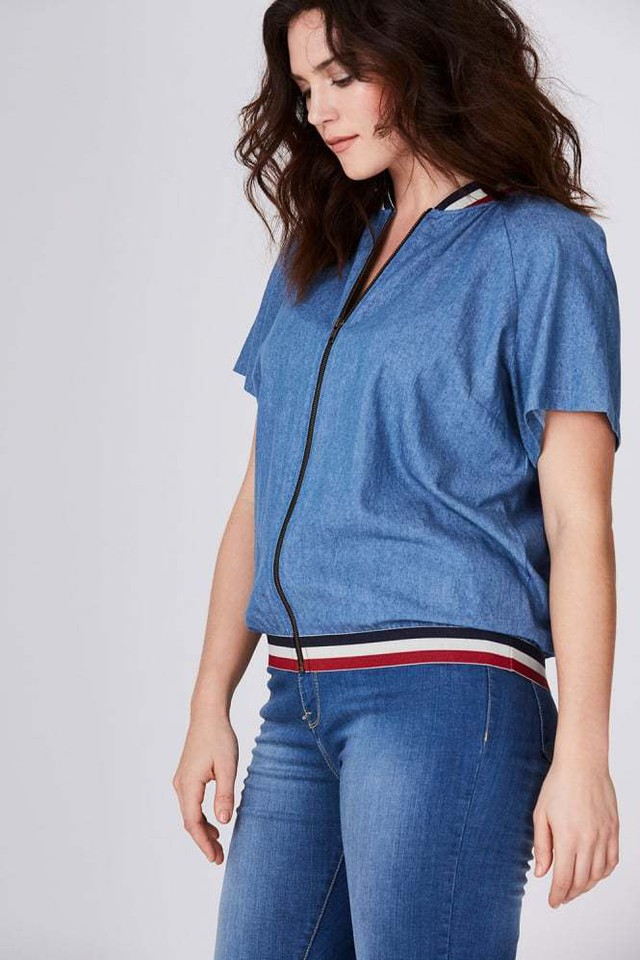 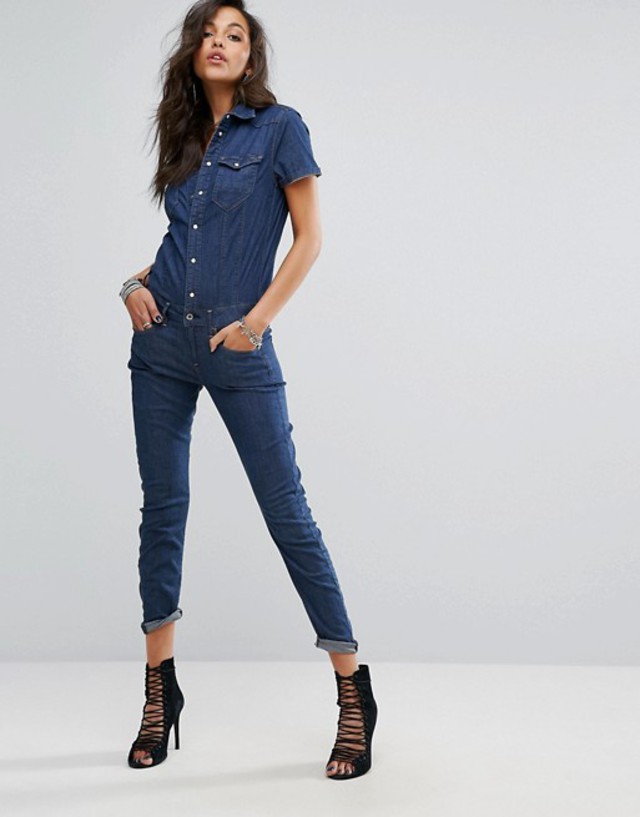 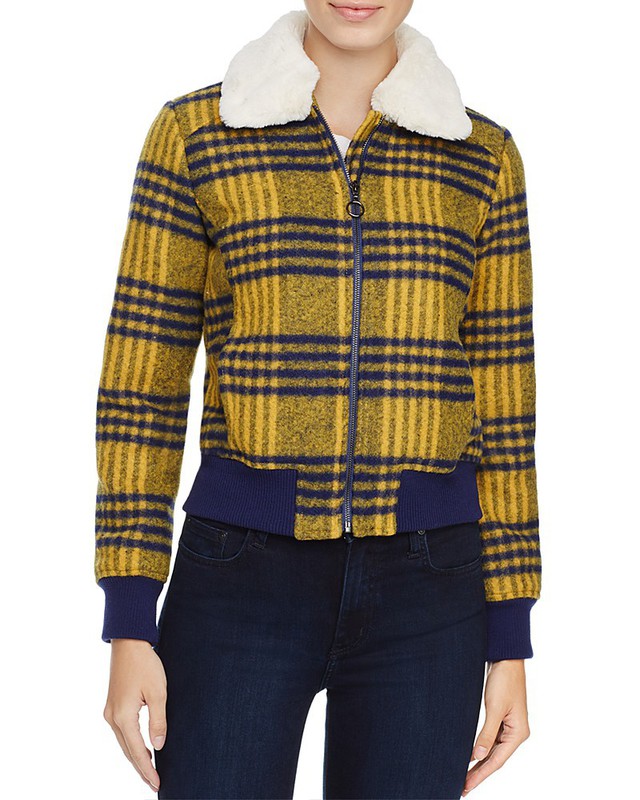 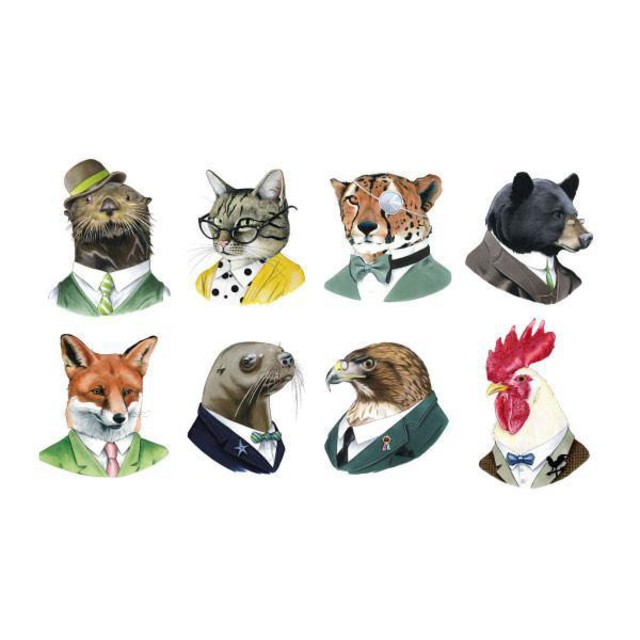 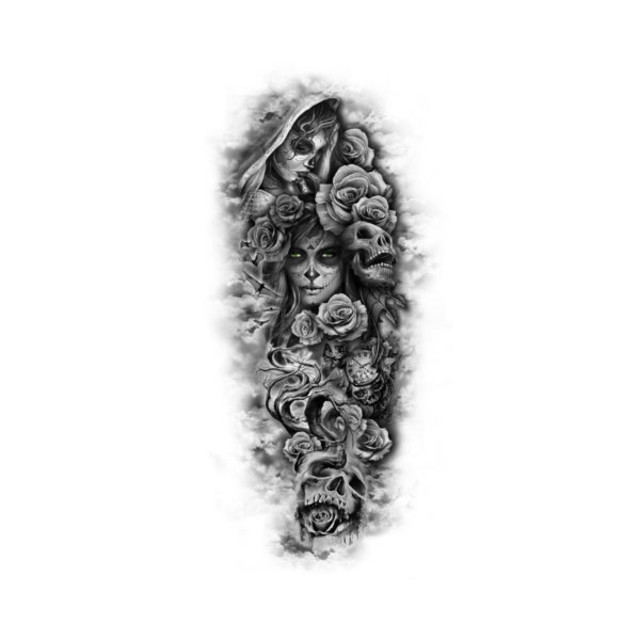 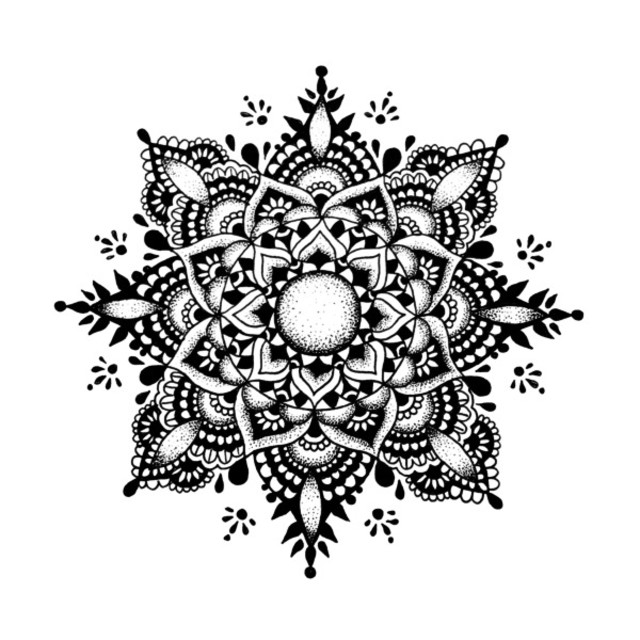 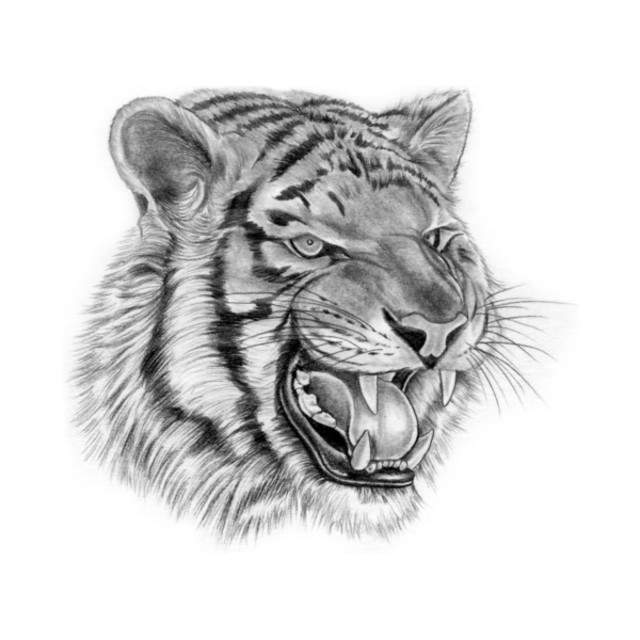 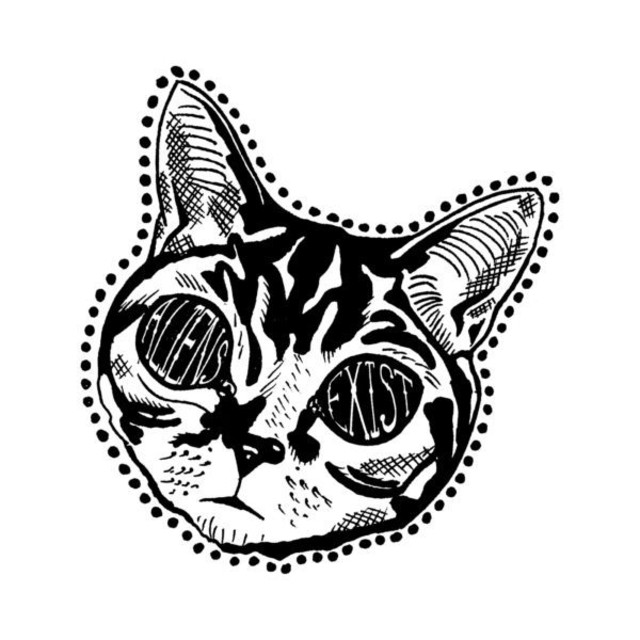 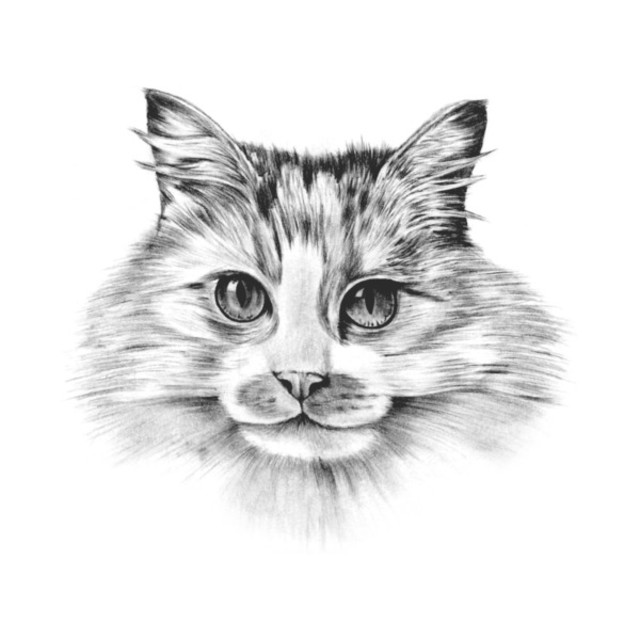 Momentary Ink Quirky Cat by Andrew Sussman Tattoo - $15
Shop
To set up a meeting with Marlène Le Cidre, send an email detailing your tattoo project to marlenelecidre@gmail.com. You can also follow her work on Instagram @marlenelecidre and on her website.
All photos by Diana Liu. Silk cat blouses courtesy of Cléo Ferin Mercury.