A handful of strangers enter a room. A brown-haired woman lies on a low stand, body spread out and encircled by a dozen bottles filled with handmade scents. Audio-guides encourage the strangers near the woman, instructing them as they apply the perfumes to her skin. First, there’s a shyness in the air, but it soon gives way to a moment of discovery and inclusivity. And it’s the brain child of the floor-bound, Vetruvian woman-of-the-hour herself, Klara Ravat.
Initially from Barcelona and now based in Berlin, Ravat’s art has always gravitated towards the sensory. Film, video and smell have been the artist’s preferred mediums, she explains to me over our Skype interview, because they present opportunities to play with the memories evoked through what we touch, see and smell in our lives. In other words, she’s a modern day Proustien babe whose work will give you dope synesthesia. I was intrigued.
I was also curious to know how Ravat had got into such a long-running romance with her senses. And what role did fashion, arguably one of the most tangible forms of expression, play in her art and everyday life?

My father is a sculptor and painter, and my mother is an art restorer. I wanted to be wild

“Well I didn’t want to be an artist at first,” she explains, “my father is a sculptor and painter, and my mother is an art restorer. I wanted to be wild and choose something else.” So, like any hormone-ravaged teen, Ravat embarked on a radically different path: medical school. “But it just wasn’t for me,” she says, “sitting in a chair for hours on end, studying. I couldn’t continue it. But in the post-graduate courses I took in qualitative trained research, [our class] did a lot of traveling to cities like Paris and London, and it opened up my mind. I found a program in the Netherlands, called The Hague, that was able to combine my love of art and science. That’s when I got hooked on smells.”
Ravat’s experimental videos and photographs become invitations for the viewer to project their own narrative, she explains: “I love film because it’s so tactile. You spend a lot of time with film in the same way that you spend a lot of time with scents. It’s like cooking – you add things here and there.” Many of the images Ravat has created are stolen, half-imagined memories; a warm night in Barcelona or a courtyard of oranges. “My style is also a reflection of that,” she says, “I love black but also color. I love being comfortable, so a loose dress and sneakers are a must. I often go for brands like Cos with those good architectural elements, but I’m trying to buy more and more from local artisans.”

It’s like cooking – you add things here and there

It's no wonder that Ravat eventually sought another means of sensory cross-over expression through fashion (WTG's favorite mode of expression, of course) and sense of touch. “With clothes,” she says, “well, I was also dying to do something with textiles for quite some time. I wanted to know if I could translate an image of my own perception of something and make it first visible, then tangible for others. I decided to take my images a step further by making them into scarves by taking patterns from the compositions of my films, and it became a way for me to share my Barcelona nights, for example. The evening there is pink and red. It’s sweet, it’s sexy. It’s silk.” In other words, Ravat's films became interpretations of memories she simultaneously preserves and invites others to experience while making own memories while literally living in hers. Got a meta headache yet?

The notion of sharing a sensory snapshot of a city fascinates Ravat, and it’s the same sentiment behind her scarves that drives her interactive, perfume-performance pieces. “The first time I did it,” she says, “was in Athens, then Amsterdam this past September. I would spend one week trying to get smells from the environment, then I’d bring them into a performance space. Audio guides you through the room, to get closer to the bodies and interact with the smells as they relate to the city and the human body. You end up pouring the scent on the performer and smelling it; it’s a great, funny, awkward situation.”
Amsterdam was the smell of coffee. It was the pungent wetness of the canal, the green of the houseplants in her apartment there and the beer hops from the distillery around the corner. “You have instantly created a bond with the [person who puts the scent on you], a kind of intimacy that I think we lose in a way today because we’re so plugged into our computers, to the purely visual.” She explains to me that, biologically, we have scent receptors in our nose which are the end of a neuron that goes straight to a smelling organ in our brain. In a way, it’s a sensory organ in direct connection to the outside world; the rest of the ones we possess have to pass through a lot of other membrane, but smelling, smelling is a one-way ticket to, well, everything.
Here's our selection of pieces inspired by Ravat's sensory style, plus a few of her own dreamy creations: 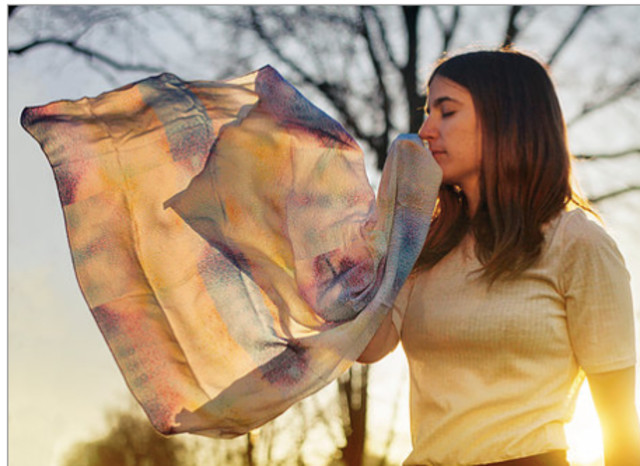 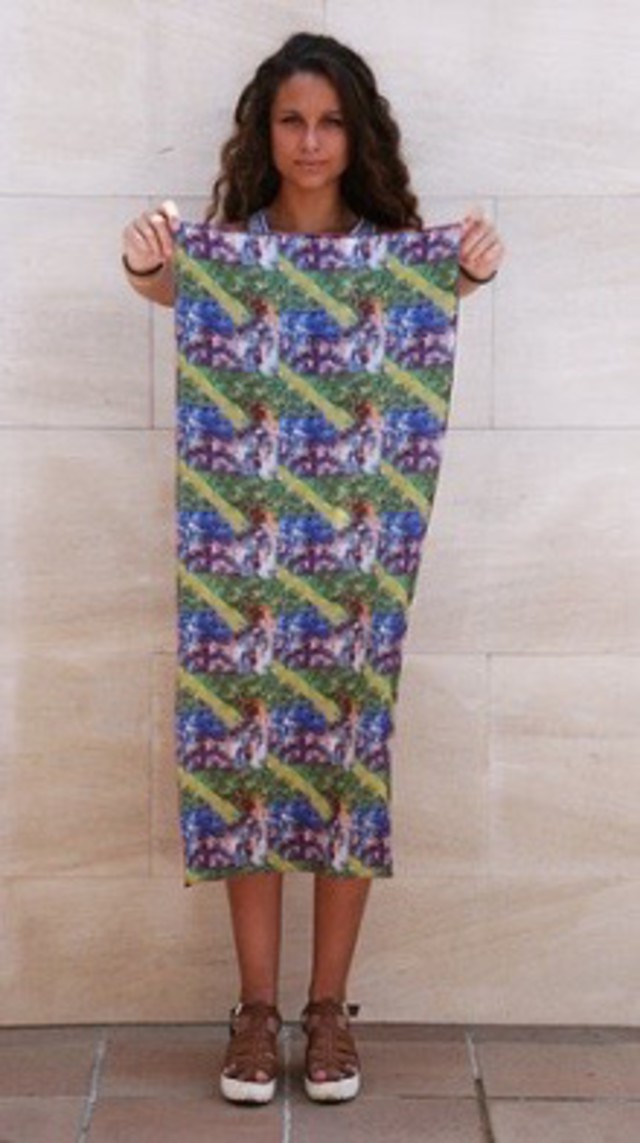 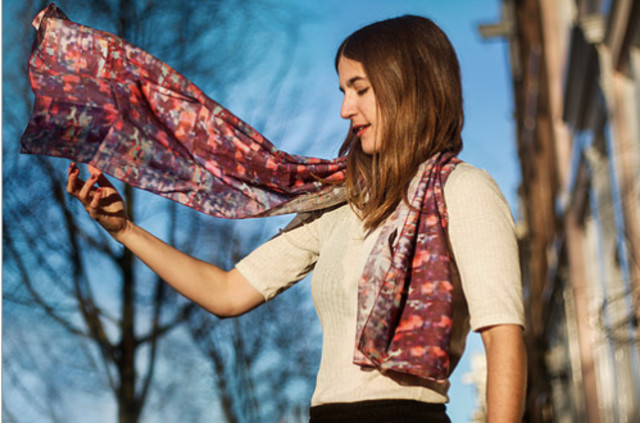 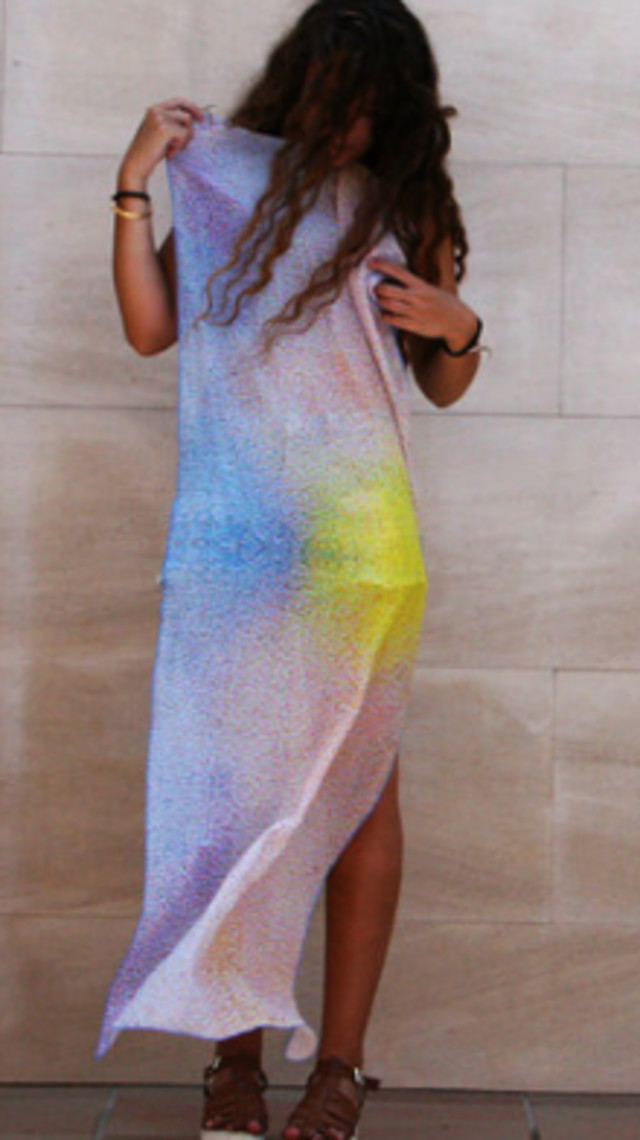 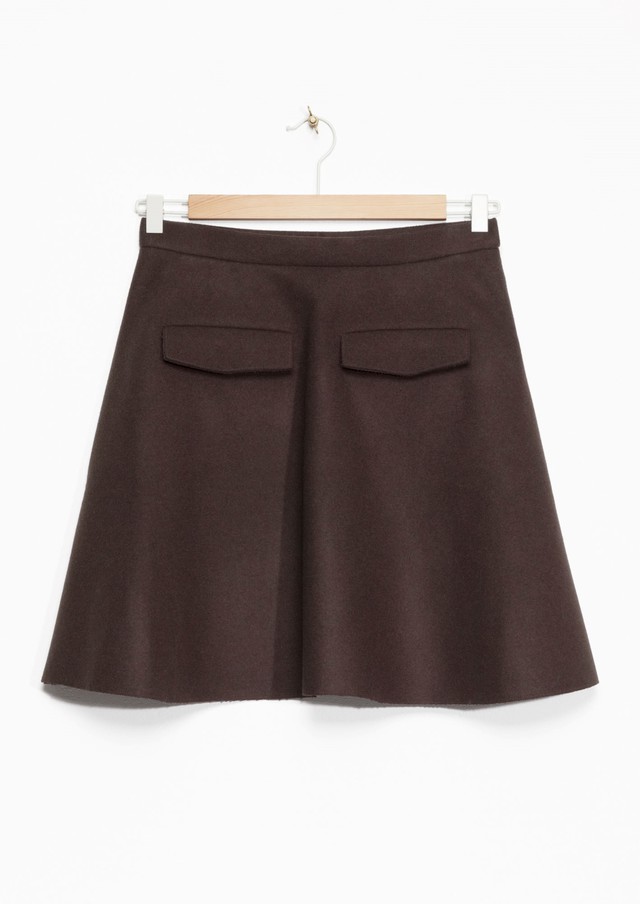 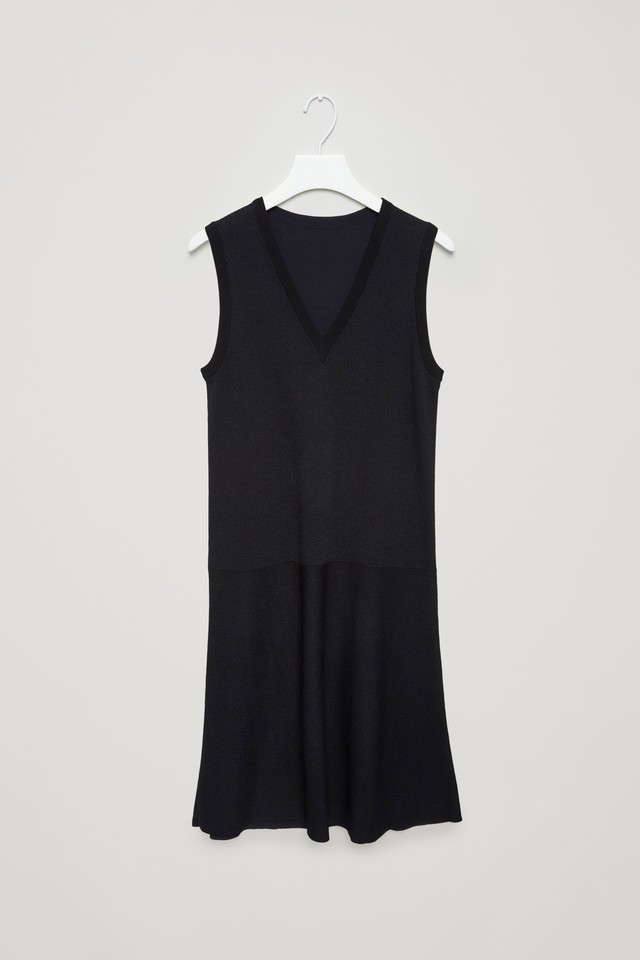 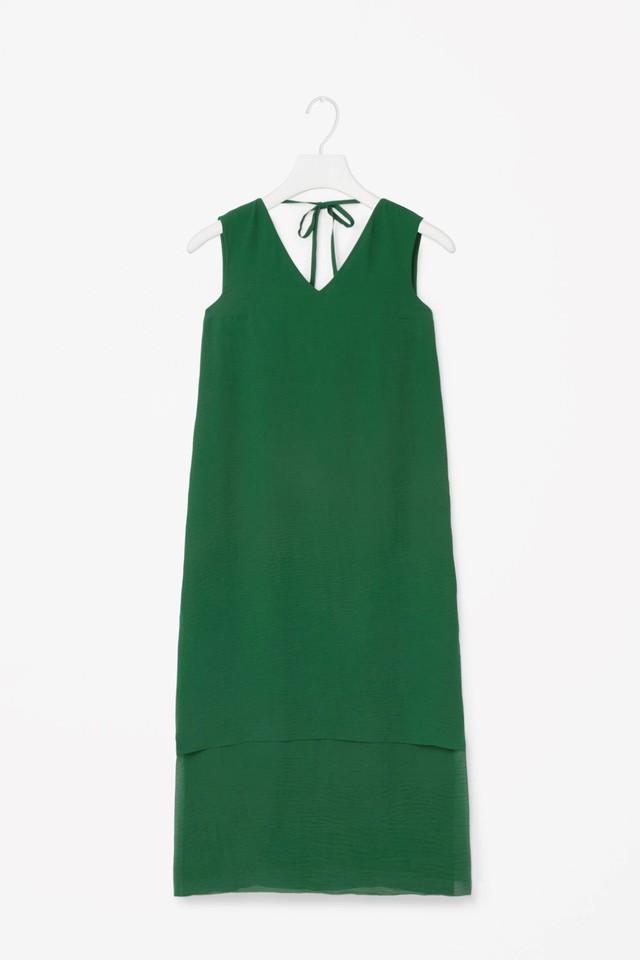 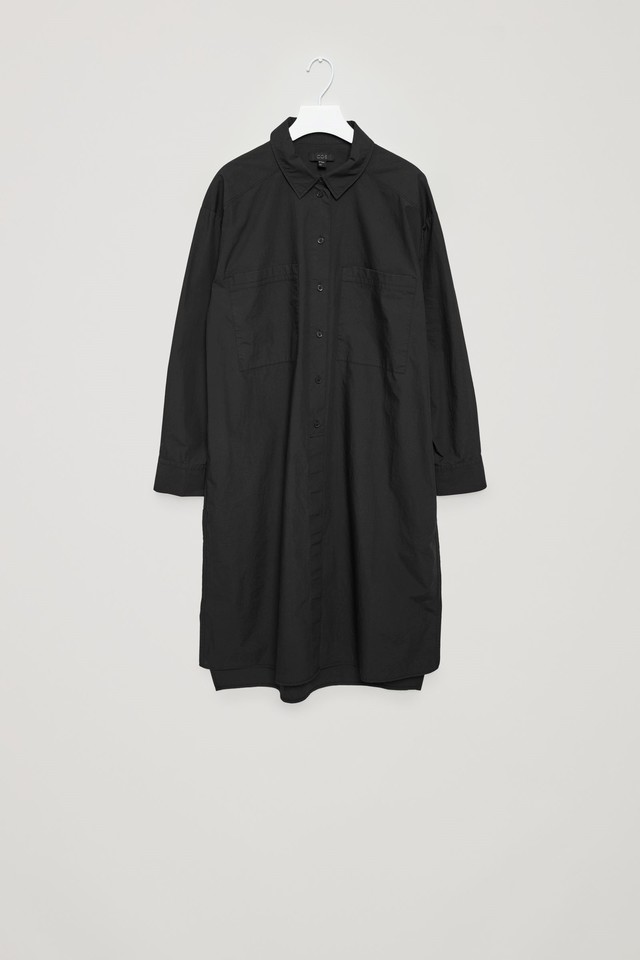 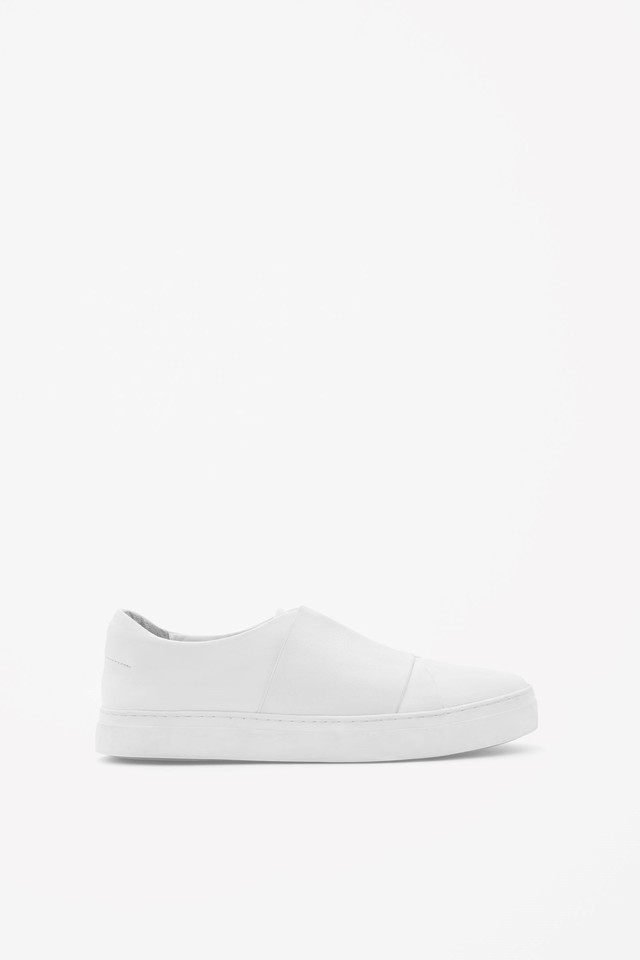 All images by Anisa Xhomaqui